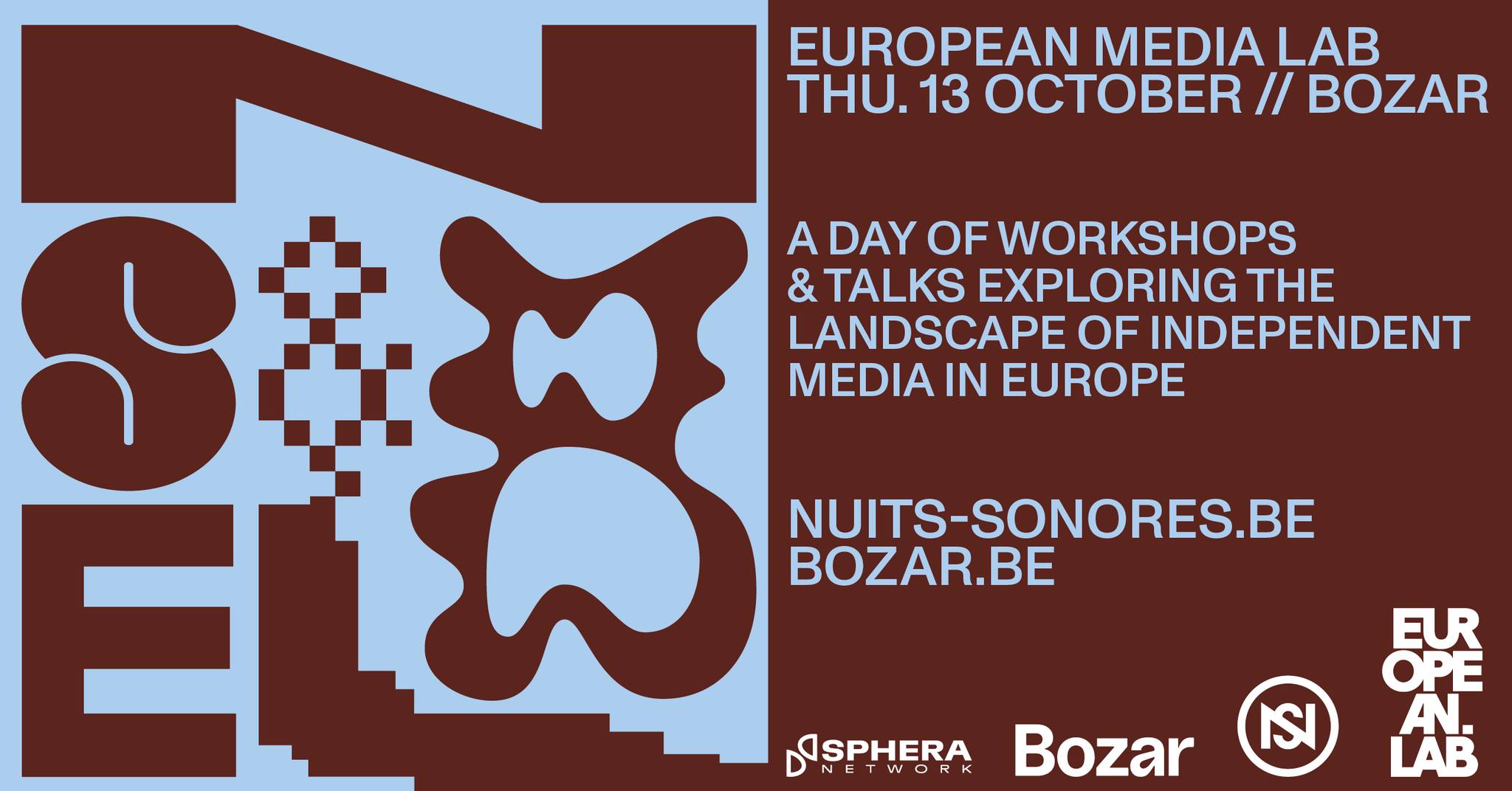 European Media Lab gives a voice to a new generation of actors who are shaping up new narratives, formats and models in the European media landscape, in a context of rapid change, between strong concentration of the sector, threats to freedom of expression and press pluralism.

Spend a morning at Bozar discovering the stakeholders in the independent media sector! Financing, editorial collaborations, project discoveries: a moment of inspiration with fascinating personalities. Registration will open soon.

Video has been an unavoidable narrative mode for several years now. Although channels such as Vox, Brut, Le Monde and Vews have mastered this type of content, many others are wondering how to acquire this expertise, how to integrate it into their newsrooms, and what processes are used to view the information. We can summarise this in two words: motion design. The workshop focuses on this century-old mode of communication that now greatly assists journalism in clarifying complex concepts through video. We will see various production cases, as well as several creative techniques and tools that open up the field of possibilities.

This workshop is dedicated to the question of live broadcasting for the media, and in particular the use of the live broadcasting platform Twitch. The explosion of livestreaming is radically changing production processes by integrating interaction into the creative process. During this workshop, Jonathan Sichem will explain why and how engaged communities are created. He will share his passion for his creators, providing figures and dozens of examples of case studies. Twitch’s Grammar will be shared so you can jump on the bandwagon.

Despite the disaffection of the new generations with the “traditional” press, some media, emerging or otherwise, are reinventing themselves and managing to address younger audiences and new readerships. These stakeholders are reconnecting with young audiences through innovative tools, the exploration of creative formats (such as Kosovo 2.0) and investment in new platforms (such as NOWU). The stories they tell, which are more committed and sometimes blur the boundaries between journalism and activism, are in tune with the concerns of these younger generations, particularly on ecological issues. By giving a voice to a diverse range of European media, this exchange aims to better understand the dynamics the media have put in place to address young audiences.

In a context of the strong concentration of national media landscapes, the need to establish links between independent media in Europe is more important than ever. This need can also be seen at the local level, where such connections are being established, for example Media.21 in Belgium. Other synergies between media can be seen at the European level, such as the Independent Community Radio Network union of web radios that brings together several organisations that share the same vision, and work through this new project to create shared dynamics of programming and exchanges, from Vilnius, Riga, Helsinki and Tallinn. In the East of the continent, the Russian invasion of Ukraine has accentuated the need for solidarity between media, as Gunta Sloga from the Baltic Centre for Media Excellence, based in Riga, will testify at this meeting.

Podcasts have become a strong tool of information for media companies and organizations that desire to build a special link with their audience and boost their revenues through other forms in addition to traditional advertising. Podcasts in journalism can be key to gain back trust of the readership as they are one of the most intimate of journalistic information-sharing out there. A discussion about the power of podcasting from a variety of perspectives: from media which use podcasts to feed their membership base to think tanks that share their policy expertise through digital audio products, from institutions who want to show emotions behind technocratic routines to companies who want to communicate just differently.